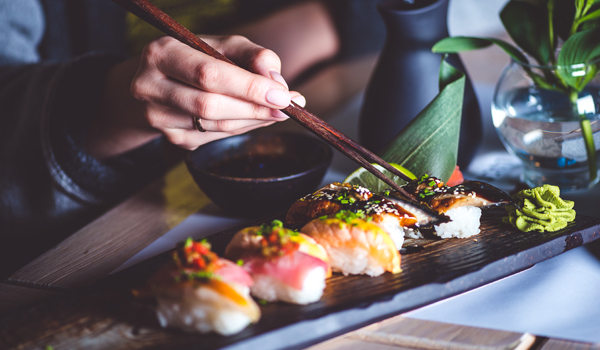 Harvard researchers once estimated that the average American’s lack of omega-3 fatty acids from seafood could cause up to 96,000 premature deaths annually in this country.

In fact, they ranked low omega-3 intake as a bigger risk factor than high intake of trans fatty acids, also known as trans fats. To learn more, see Omega-3 Deficiency May Cause 90,000-Plus Deaths Annually.

Now, the results of an extraordinarily long, reliable study link higher omega-3 blood levels to healthier aging, by reducing the risks for diseases known to cripple or kill people as they grow older.

For the study, Tufts University researchers lead colleagues from the University of Pittsburgh, the universities of Texas, Washington, New Mexico, and Oregon, and more.

The team, led by Heidi Lai of Tufts, looked for any links between blood levels of specific omega-3 fatty acids — three from seafood plus one found only in plants — and healthy aging (Lai HT et al. 2018).

Their analysis was based on blood test and health data gathered from 2,622 adults who’d taken part in the U.S. Cardiovascular Health study from 1992 to 2015.

Among the volunteers — whose average age was 74 years — 63% were women and 11% were from non-white ethnic groups.

At the outset of the original Cardiovascular Health study, the researchers conducting that investigation measured the participants’ blood levels of various omega-3 fats, whose levels were measured again six and 13 years later.

The blood tests measured four different omega-3 fats — EPA, DHA, and DPA from seafood, and ALA from plant foods — whose differences we describe under “Important distinctions among omega-3s”, below.

Based on those measurements, the participants were divided into five groups (quintiles), based on omega-3 levels that ranged from lowest to highest.

After reviewing the participants’ medical records, the researchers found that 89% experienced unhealthy aging over the study period, while 11% experienced healthy aging — which was defined as being free of major chronic diseases and mental or physical dysfunctions.

Comparison of each participants’ omega-3 blood levels to their health status revealed that those with the highest levels of seafood-derived omega-3 EPA were 24% less likely to experience unhealthy aging, compared to those the lowest EPA levels.

In addition, the participants who fell into the top three quintiles of seafood-derived DPA blood levels were 18-21% less likely to experience unhealthy aging.

Surprisingly, neither seafood-derived DHA nor plant-derived ALA were associated with healthier aging.

The authors said that the link between high EPA levels and low risk for unhealthy aging might relate to EPA’s role in regulating blood pressure, heart rate, and inflammation.

However, DHA also plays a key role in regulating inflammation, which is a major risk factor for cardiovascular disease, dementia, and other conditions associated with aging — which makes the lack of a link between DHA and healthy aging very surprising.

It’s important to note that this was an observational study, and as such doesn't allow any firm conclusions about a cause-effect relationship between omega-3 levels and health outcomes.

And although the results of the analysis were adjusted to account for the known health effects of various social, economic, and lifestyle factors, some of the observed links between omega-3 levels and health risks might be related to other, unmeasured factors.

That said, the study was unusually long (up to 22 years of monitoring), and relied on blood tests, rather than mere estimates of omega-3 intakes based on diet questionnaires.

When all was said and done, the researchers’ analysis linked higher blood levels of omega-3s from seafood — EPA and DPA — to a lower risk of unhealthy aging.

As they wrote, “These findings … support guidelines [that call] for increased dietary consumption of fish among older adults.”

We’d add that the findings also support higher consumption of fish amongst people of all ages, because it takes decades for diseases to develop, and it makes no sense to wait.

New findings fit with those of prior studies

In addition to the 2009 Harvard study described at the beginning of this article, two similar ones verify the anti-aging benefits of omega-3s from seafood.

That same year, a separate study from the Harvard School of Public Health linked higher blood levels of omega-3 DHA and EPA — but not higher levels of omega-3 ALA or omega-6 fatty acids — to reduced risk for cardiovascular disease (de Oliveira Otto MC et al. 2013).

The findings of that second study undermine persistent advice to replace animal fats like butter and lard with vegetable oils, without making important distinctions among various vegetable oils.

Unfortunately, most of the cheap vegetable oils consumed in the US are very high in omega-6 fatty acids — a fact that explains America’s extremely excessive, hence pro-inflammatory, intake of omega-6 fats.

Rather than corn, soy, safflower, and sunflower oils, which are very high in omega-6 fats, it’s better to choose oils that are high in monounsaturated oleic acid and/or omega-3 ALA.

Seafood is the only good source of EPA, DHA and DPA, while considerably smaller amounts of ALA are found in certain plant foods — especially leafy green vegetables, walnuts, and flax seeds or flaxseed oil.

Omega-3 DHA and EPA are both essential to immune function — especially inflammation control — while DHA is essential to brain and eye function and child development.

That limitation explains why it’s a very good idea to either eat ample amounts of seafood — especially fatty species like salmon and sardines — or take supplemental fish or krill oil.

While ALA is modestly healthful, studies don’t find it nearly as beneficial as DHA or EPA, which are the only omega-3s the human body requires to survive and thrive.

In fact, virtually all dietary ALA that isn’t used to make EPA and DHA gets “burned” as fuel.